Last week I returned home from Swaziland and was horrified when the pilot announced it would be 2 degrees on landing in London. My hopes for good weather for my weekend ahead were further dashed when I got back to Scotland and it was snowing.

My trip had been meticulously planned months ago – a finely tuned schedule between photography assignments on different islands. Incredibly, on my departure from my home town of Drumnadrochit the sun began to shine and soon I began to feel quite warm in the fleece I had decided to wear that day. It was just the start of several days of clear skies and warmth which amounted to 17 degrees and even a bit of sunbathing on the beaches of Morar.

After a beautiful shoot at the standing stones at Callanish on the Isle of Lewis I headed via the stunning beaches of Harris towards my ferry southwards. It would have been a crime not to have stopped and taken a shot at this viewpoint on Harris overlooking Luskentyre beach. 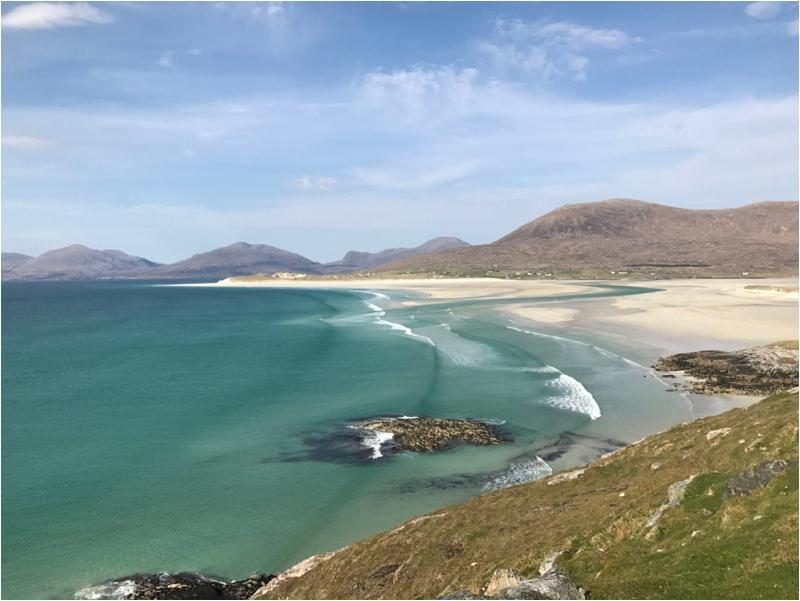 The Calendonion MacBrayne ferry leaves from Tarbert on the Isle of Harris and crosses over to Uig on the Isle of Skye in about 1 hour and 40 mins. With 15 mins to spare before leaving, I nipped out from the ferry queue and managed a quick purchase of a gorgeous Harris tweed coat in the nearby Harris Tweed shop. I dislike shopping as a rule, but for Harris tweed I can usually make an exception.

I was aiming for catching the evening ferry onwards from Skye to Mallaig that evening but with no particular need to get there quickly and a promising evening for photography on Skye, I decided to stop for the night. The beauty of having a travelling home…

The next morning I got up early, about 5am to the most beautiful, still early morning on the Isle of Skye. Finding a little bay all to myself is my idea of heaven. The sounds of birds and grasshoppers was so clear I had to incorporate it into the little video I made from my journey. 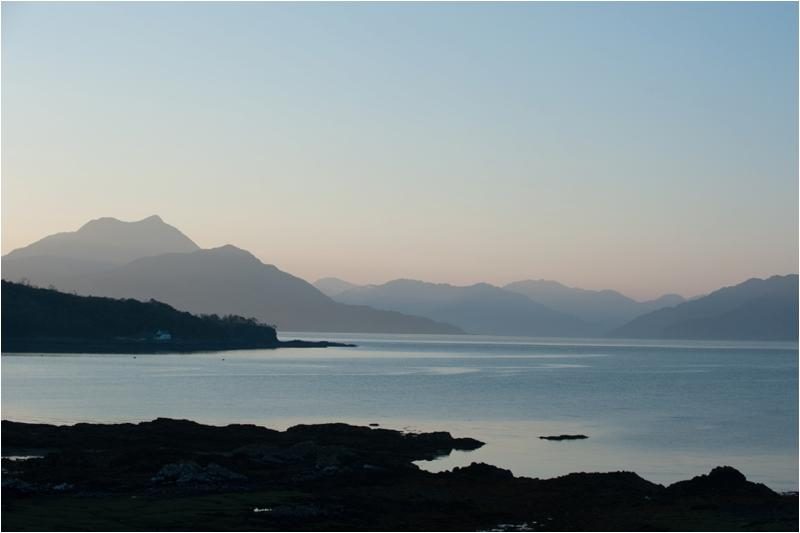 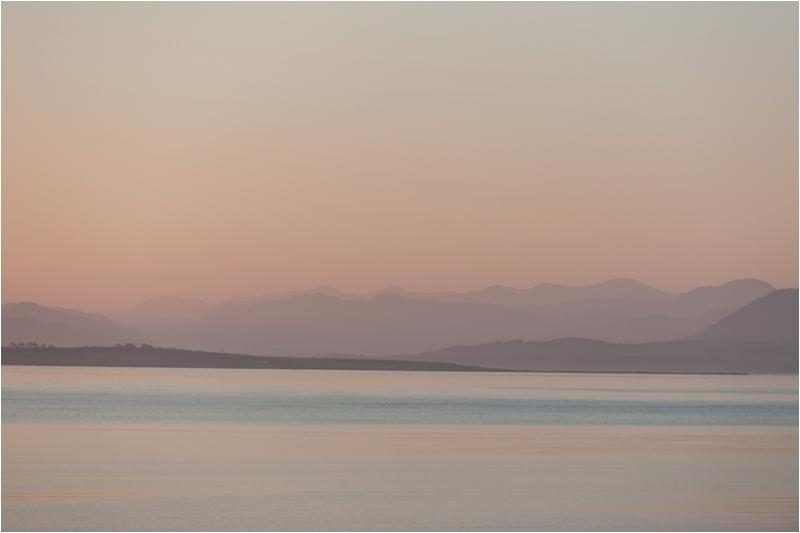 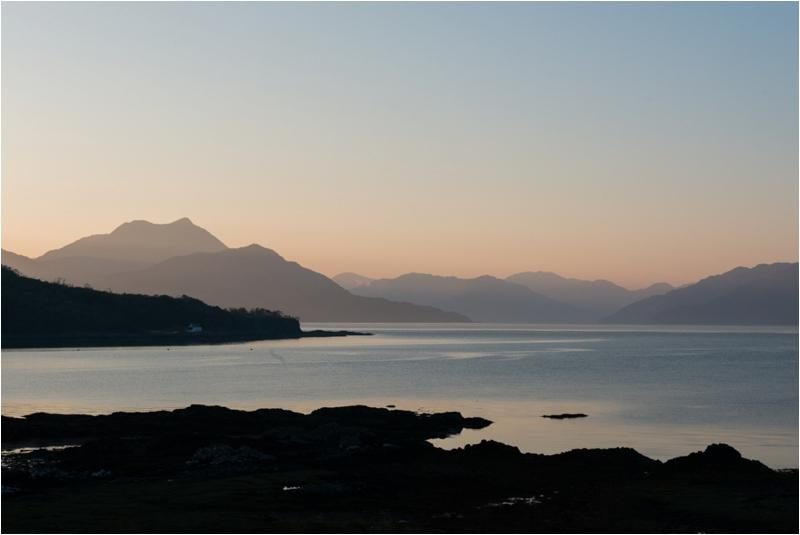 And so finally onto the ferry from Armadale which is in the South of the Isle of Skye and crosses over to Mallaig. It’s a quick way over to the other side for me and an alternative to driving all the way round. Plus, on a day like yesterday, it’s just a real treat to sit back and enjoy the calm waters and sunshine. 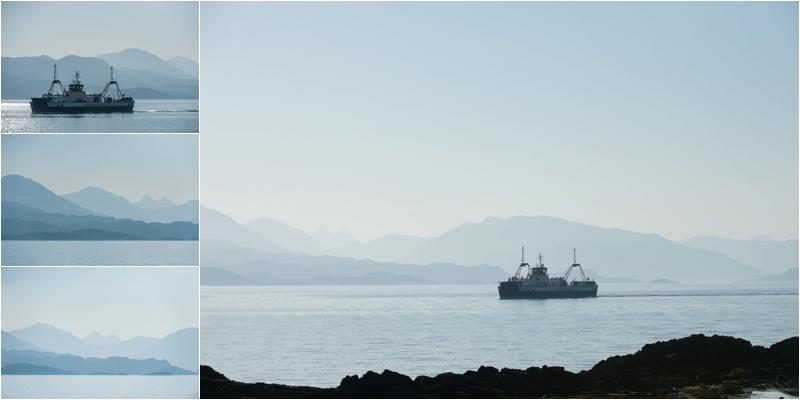 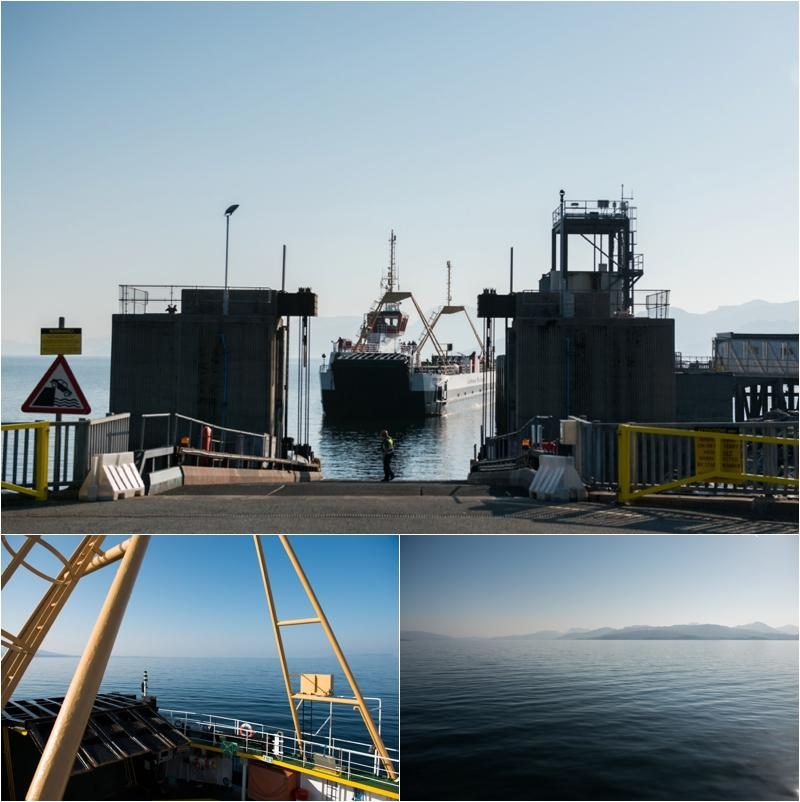 Next stop was the silver sands of Morar, known being the setting for the film Local Hero. This is a stretch of mostly connected white sandy beaches with turquoise clear seas along the coastline between Morar and Arisaig.  On a clear sunny day you can feel more like you are on a caribbean island than the west coast of Scotland! I was only due to be in Morar for a small wedding shoot during the day but the weather tempted me to stay one more night, enjoy a fabulous sunset, a rather nice day on the beach and one of the coldest dips in the sea I have had in a while. 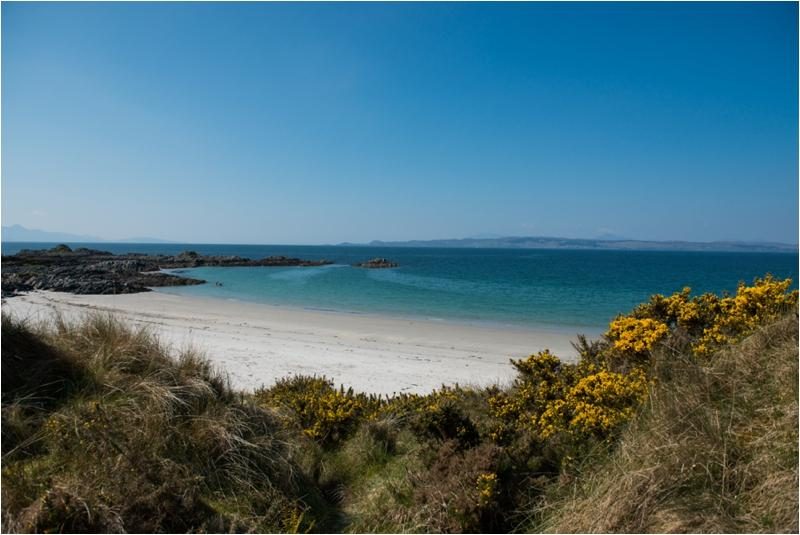 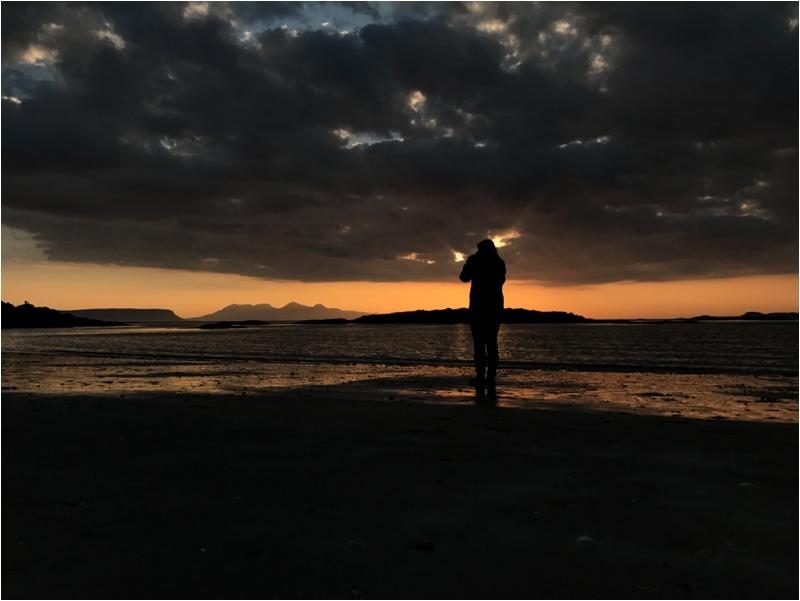