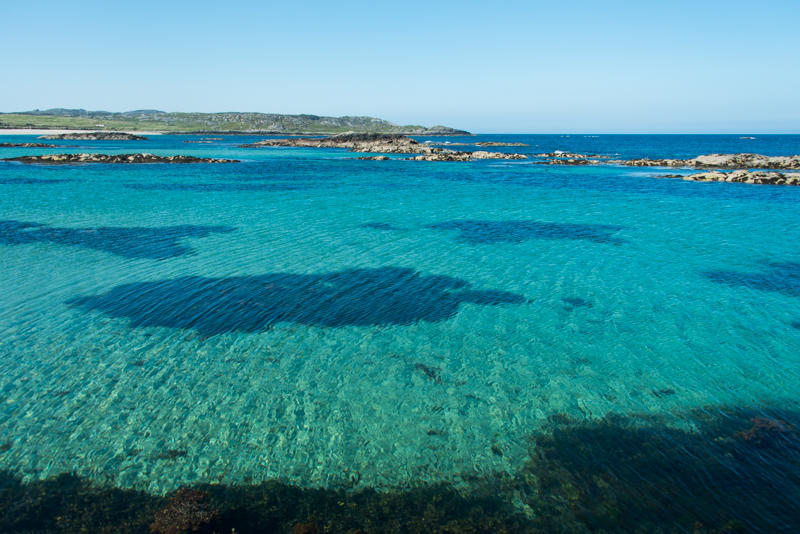 A couple of years ago I was invited out to the Isle of Coll to photograph a wedding. What happened next was an amazing few days spent cut off from the world in a scene that wouldn’t look out of place in the Caribbean – except for the tell tale chill in the wind. These images aren’t enhanced in any way –  this really is what the Isle of Coll looks like on a sunny day! The 2 days I planned to stay on this little island kept stretching and soon became several more.

There’s nothing approaching communication when you are parked on the edge of a beach like this.  No e mails pinging , texts coming through, not even so much as a hint of a mobile signal.

But there are a lot of animals….. Down at waters edge several seals popped their heads up and came closer as they spotted me on the beach, curious to see who I was. They did not even mind even when I braved the cold and went in for a swim. I woke up early on my first morning with a sense of shock as my van was shaking, something obviously outside at 4 am in this remote spot. I jumped out of bed to discover that a cow had decided that my vans wing mirror made an excellent scratching post. In the days to come, I became accustomed to my neighbouring cows and thought no more of it.

Days become long and leisurely when you live like this. A stark contrast to our usual busy lives filled with technology, talk and rushing from one thing to another. It sometimes feels like a race to the end of the day, as if the value in a day is given by how much has been crammed in. I remember my days spent on Coll well. I slowed down, lived and ate outside, had quiet evenings alone and early nights – because time became irrelevant. I appreciated every minute of being able to see such sights and experience complete aloneness and peacefulness in such an incredibly wonderful place. I have much to thank the Isle of Coll for. 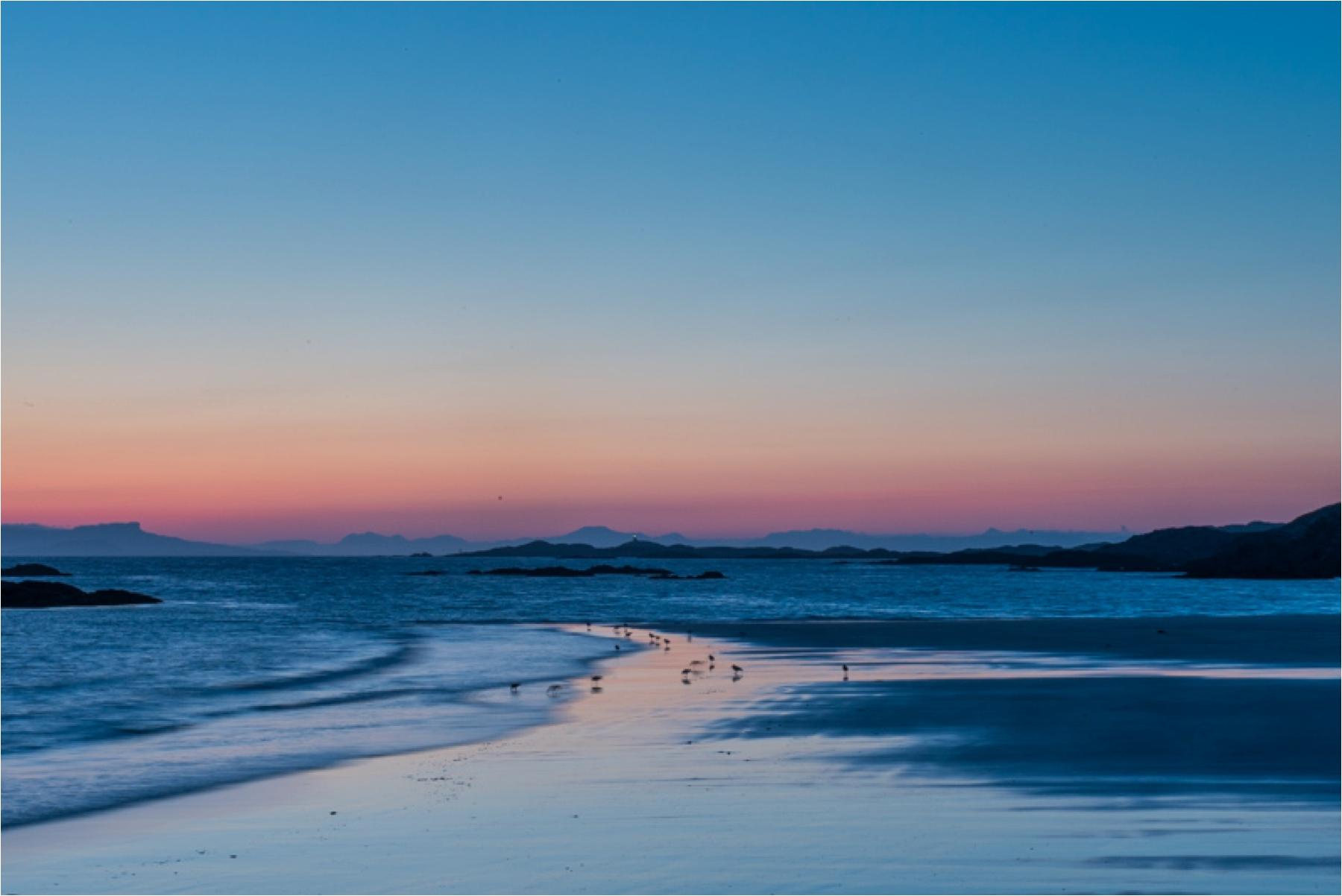 A few helpful pieces of information if you are thinking of visiting the Isle of Coll.