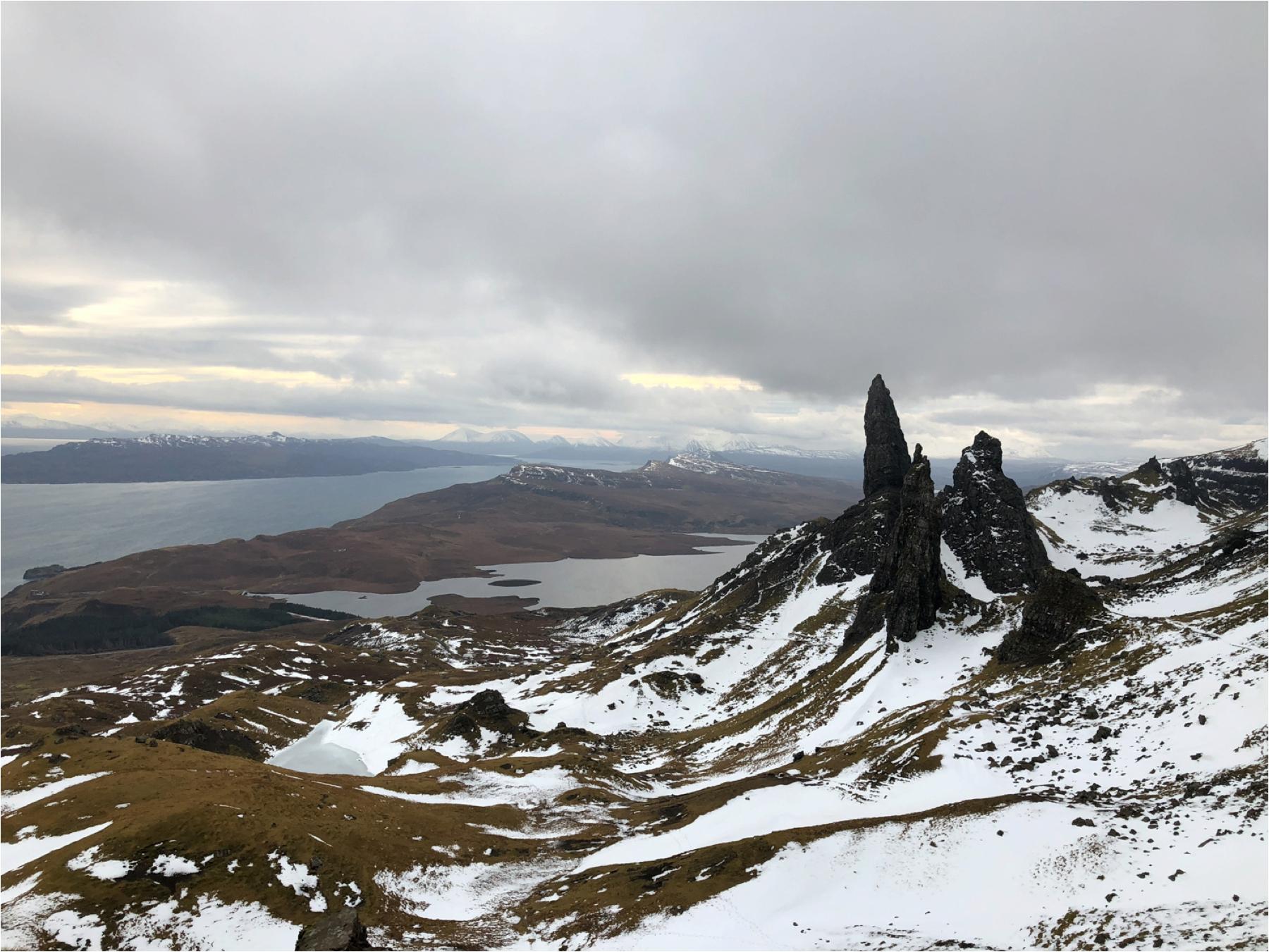 ” It’s only 25 mins ” I said to Ewan, my oldest son as we looked up towards the Old Man of Storr from the roadside. It doesn’t look far and I remember reading an easy 25 min walk earlier that week. He argued with me, having walked up at the end of last year without me.

I have driven past and seen this amazing place from a distance many a time. It is quite a sight even from afar – a large pinnacle of rock jutting out from the edge of the land. Part of the Trotternish ridge, the Storr pinnacles were created by a massive landside, leaving behind it one of the most unusual and dramatic landscapes. It is probably one of the most photographed parts of the Isle of Skye and also the most walked. We began upwards as a constant stream of people walked down towards us, even in mid February. However the story gets better and quieter as we continue!

I soon realised that the 25 mins must relate to walk to the gate where you can get a fabulous view up towards the pinnacles. And here ends the tourist trail as most people head back down to their cars and buses. We were one of the few that continued on upwards on rougher terrain. With one son who refuses to wear a coat or walking boots and the other in wellies, I was slightly dubious about continuing. As we gained more height, so did the snowy sections of the now hidden path become more frequent. Our method of my younger son in trainers stepping in the deep footprints of the welly boot wearer was working well… with the odd exception of him sinking knee deep in snow randomly. They insisted on getting to the top despite my visions of being in the newspapers after being rescued and being told off for having unsuitable footwear.

There are various paths that lead to viewpoints of the Storr, most of which show the pinnacles in the foreground and the beyond it the backdrop of the stunning landscape including Raasay and Applecross in the distance. We made it to the top and the feeling of exhilaration at having finished the walk was as incredible as ever. We descended slowly and safely and back to our accommodation for a well deserved hot lunch.